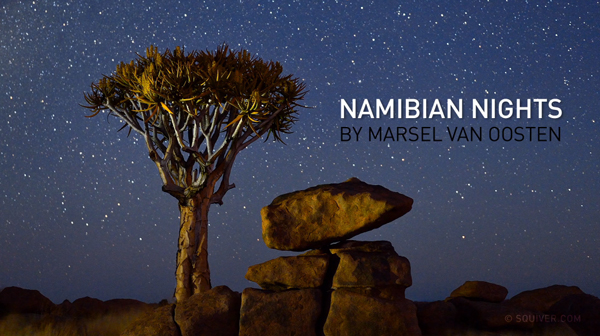 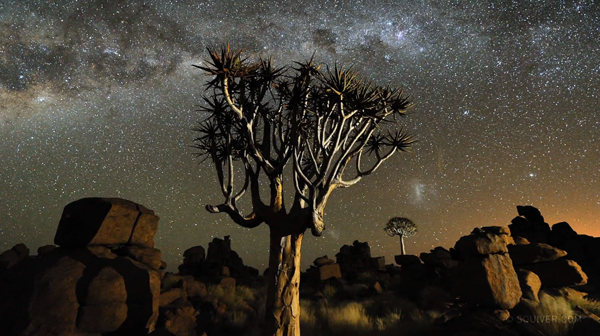 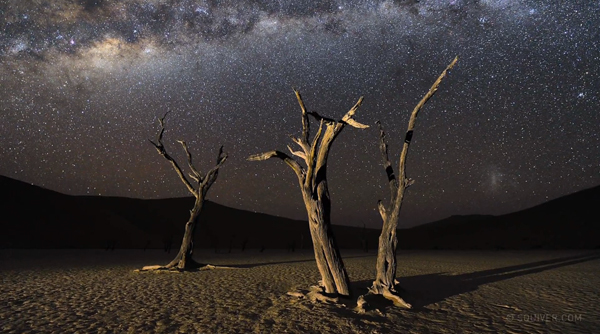 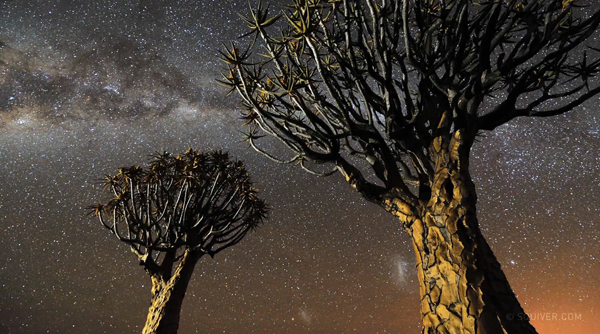 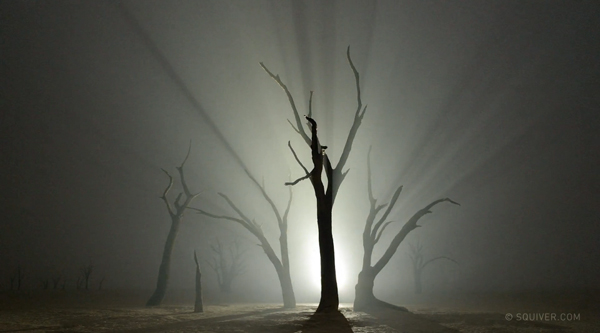 « It’s not easy to come up with something new when you visit the same place every year for more than a decade. Over the years Marsel has created the most extensive and most popular night photography portfolio of Namibia on this planet, and two years ago he decided it was time to take it to the next level.

The idea was to create a night photography timelapse video featuring his most popular subjects in this amazing country: the fairytale-like quivertrees and the eery, dead camelthorn trees in Deadvlei – something that had never been done before. But instead of going for static scenes, Marsel decided to add movement to the scenes by using a dolly system.

All scenes were shot during the night with Nikon D3, D3s and D4 cameras. We used small headlights for selectively lighting trees and rocks, and we sometimes used the moon. The brighter the scene, the more moon there was at the time. For the arch scene we timed our shoot exactly with moonset, which involved quite a bit of calculating and planning. But the hardest one of all was probably the mist scene in Deadvlei. Mist in Deadvlei only occurs around five times a year, so we had to keep a close eye on the weather predictions and many attempts were unsuccessful. When we finally got it right, the results far exceeded our expectations and show Deadvlei as no one has ever seen it before.

Each second of video consists of 30 photographs. In total, Marsel shot more than 16,000 images over a period of two years for this project.

The video won First Prize in the 2012 Travel Photographer Of The Year Awards. »